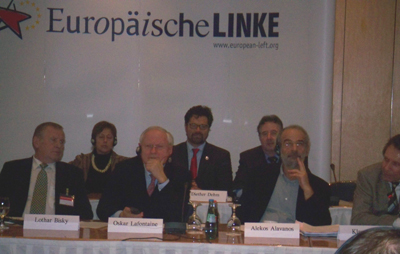 Dear comrades,
Since its first introduction, as a parliamentary group more than 15 years ago, the left parliamentary group in the German Bundestag „DIE LINKE“, has been struggling against the neoliberal policy of the liberalization and deregulation in the European Union.
The left parliamentary group in the German Bundestag is fighting for a peaceful, social, ecological and democratic Europe. Because of decades of neoliberal policy, particularly implemented also by the various German governments, the societal and social cohesion is threatened throughout the entire European Union.
Europe can only develop positively, if we do not permit a core Europe to be formed from the hegemonic states which leave the new member states behind and economically stifle the smaller member states.
This is why we fully understand the fears of our allied parties e.g. from Austria or the  , when they refer to an all dominating European Union, led by the large hegemonic states, that impede and obstruct movements for emancipation and counter-balancing initiatives inside these countries. 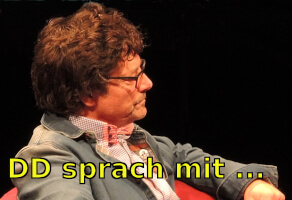